Okay, I made this orange peel specifically for a caramel recipe that I wanted to try – orange espresso caramels. Heavenly! I mentioned it a couple weeks ago, and the lack of orange peel was the only thing holding me back. 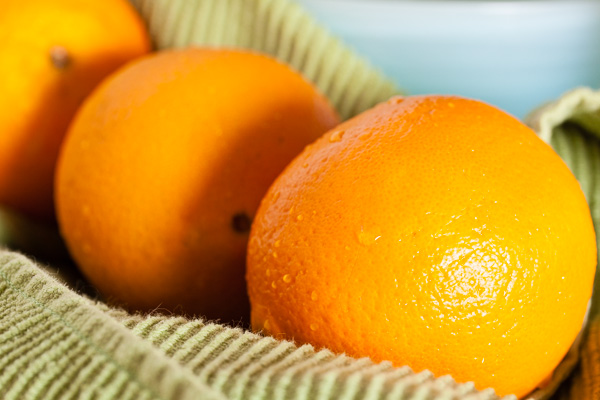 This is an incredibly simple thing to make. All you need is citrus peel, water, and sugar. (Okay, and a stove and pot, obviously.) That’s it. You blanch the peel in boiling water 2 or 3 times to remove the bitterness (2 is okay if you’re using just the coloured part of the peel, 3 if you’ve got peel with a lot of pith). Then you boil it again in sugar syrup until it becomes translucent. At which point it has softened and absorbed sugar and is delicious.

And as a bonus? The sugar syrup absorbs a lot of that lovely orange flavour, and suddenly you have a delicious orange syrup, too. What am I going to do with the syrup? Hmmm, don’t know yet… 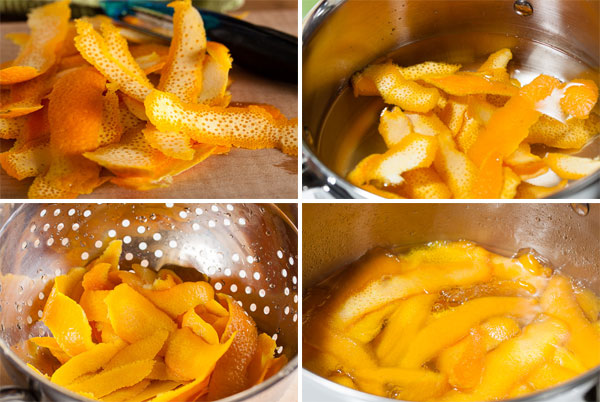 Regarding the peel vs pith issue, most of the recipes I’ve read have instructed to use the entire peel, pith and all. And you can totally do that. But Jacques Pepin says to use a vegetable peeler to just get the coloured peel – that’s where all the flavour is. He says you can use the pith, but then you’ll need to blanch it more to get rid of the bitterness, it will take longer to cook, and the pith doesn’t actually have the lovely orange flavour, so what’s the point? You’re adding volume but reducing flavour impact. I trust Jacques Pepin knows what he’s talking about, so I decided to follow his lead on this. 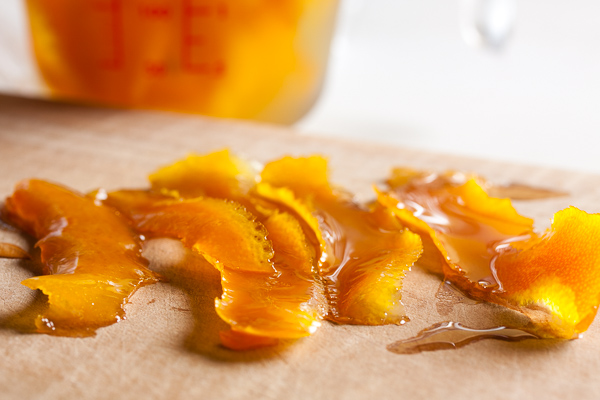 Many of the recipes I’ve seen, including the Jacques Pepin one, say to coat the finished peel in sugar to preserve it. But Martha Stewart elaborates on that by saying that if the peel is to be used in baking, you should skip the coating in sugar step and just store it in the sugar syrup until you’re ready to use it (for up to 3 weeks).

When Martha says “for baking”, I’m assuming she means “as an ingredient in another recipe”, which would include my caramels. So I opted to store the peel in the syrup.

Have I mentioned this peel is delicious? Trust me, it’s delicious. I may have eaten a couple of pieces as-is. 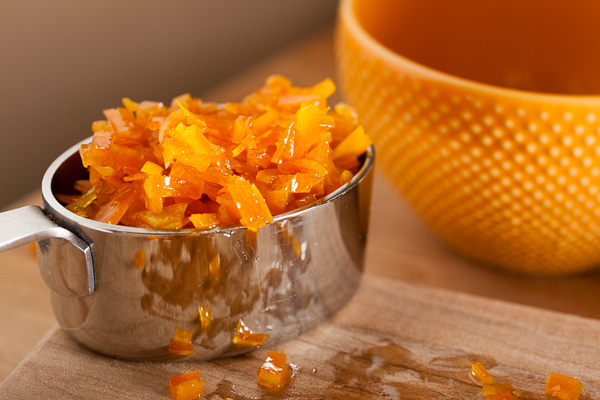 This recipe should make a little over 1/2 cup of candied peel if you're using just the coloured portion of the peel. I think I got about 3/4 cup. I have no idea how much it will make if you're using the entire peel, sorry...

If you choose to use the entire orange peel, start by cutting off the tops and bottoms of the oranges. Just the peel portion – you shouldn't actually cut into the orange itself.

Then score the peel from top to bottom, 4 or 5 times, dividing the peel into sections. Again, not cutting into the orange itself.

Remove these sections of peel from the orange, and cut into strips about 1/4" wide.

If you want to follow Jacques Pepin's advice, use a vegetable peeler to remove just the coloured portion of the peel from the orange. Try to get as little pith as possible, and peel off long sections right from the top to the bottom of the orange.

Put the orange peel in a small saucepan and cover with cold water. Bring to a boil over medium heat, then drain and rinse. Repeat twice more.

In a clean saucepan, combine the sugar with the 1-1/2 cups water and bring to a boil over medium heat, swirling the pan occasionally to ensure the sugar is fully dissolved. Add the citrus peel and reduce the heat to a simmer.

Once the peel has cooked, remove from the heat and allow it to cool in the syrup for about an hour.

If you're planning to use the peel in another recipe, leave it in the syrup, cover, and refrigerate it for up to three weeks.

If candied orange peel is your end game? Remove the pieces of peel from the syrup and drain off as much of the syrup as possible. Use paper towel to remove any excess syrup. Toss the pieces of peel in granulated sugar until they're completely coated, and then transfer to a wire rack to dry for at least half an hour.

If you'd like to dip them in chocolate? Remove the peel from the syrup and drain off as much excess syrup as possible. Transfer the peel to a wire rack to dry for a few hours before dipping them in melted chocolate.